In Commemoration of Black History Month

What we can learn from early Black entrepreneurs

To kick off Black History Month, I asked, what have black entrepreneurs of the past 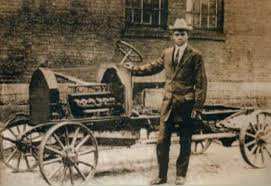 taught us? Diversity in the United States and abroad has contributed to significant advancements in regard to the pride of black business ownership and innovation. Black Entrepreneurs of the past and present have blazed their own trails to provide better lives for their families, customers, and communities.

As we conducted research on this topic, to learn more, there were a number of common themes that surfaced. The list is pretty extensive. Although the earliest documentation of entrepreneurship started in the 1600s, there are transferable takeaways in business today. Let’s dive into a few of these themes.

Embrace Roadblocks, Smoother Road is ahead

Take a page from the book of entrepreneur, Robert Gordon. Born a slave in the 19th century, he was able to purchase his freedom. With his newfound freedom he invested $15,000 in a Cincinnati coal yard. In an attempt to put Gordon out of business, fellow coal yard owners tried to undercut his prices. He caught on quickly and hired men to purchase the cheaper coal on his behalf, eventually he sold his supply at significantly higher prices after his competition had very little left in their inventories. In a failed attempt to undercut Gordon it only made him more successful leaving behind a net worth of $200,000 (nearly $4.5 million today) at the time of his death in 1884. When facing roadblocks in your business, persevere, there are smoother roads ahead.

Learn the language of your customers, champions, and network to improve your negotiation and sales success rate. Yes, knowing another language is amazing, but in this context, we’re talking about understanding the culture, needs, and how to communicate. Early black entrepreneurs like James Beckwourth were skilled negotiators and linguists. It established their success as scouts, traders, and trappers in the 1700s where they were able to act as liaisons between two to three different ethnic parties to conduct necessary business. This skill gave many Black Americans command over the trading industry. Think about it this way, next time you approach a client, vendor, or partner remember how these savvy entrepreneurs built their success from “learning the language”.

There may come a time, often or rare, when you may not have all of the resources you think you need to complete a project. I’ve worked with many entrepreneurs who are forced into creativity but come out winning after all is said and done. Historically speaking, Black Americans weren’t always afforded the access to the same resources as their counterparts. They made due with what they had by establishing new and innovative ways to get the job completed. In addition to creativity, they utilized their community resources whenever it was available. The economics and efficacy of Black American can be examined on a variety of levels. The lesson here is, remember to seek help from your resources whenever you can. There are departments like the UF Division of Small Business and Vendor Diversity Relations who specialize in providing continuing education courses, business resources, and mentorship for business success.

Touching on these three themes we realize that there are lessons learned from the ancestors of the past. Looking at the past can quite possibly determine successes in the future of your business.

By Nadia Alcide of Simply Sociable

Simply Sociable is a boutique administrative consulting firm that understands the importance of leveraging the internet and technology. Simply Sociable specializes in helping small businesses and entrepreneurs to work on their business instead of in it. Nadia Alcide is the founder and a University of Florida alumni.